Sarajevo is the capital of and largest city in Bosnia and Herzegovina. The east – west direction follows the Miljacka River, extends from Bentbaša to the Sarajevsko polje encompassing Ilidža and Hrasnica. If we take width as a reference point, it is located between Trebević and Crepoljsko and Debelo brdo and Hum.

One can freely say that the city of Sarajevo is the urban, economic, administrative, cultural and artistic nexus of Bosnia and Herzegovina.

Thanks to the vast spiritual, historical and natural appearance, Sarajevo is far more famous than some of the larger cities in the world. The population is approximately 430 000.

You can choose between 4,6 or 8 day itinerary.

Price start from 200,00 BAM (100,00 €) for 3 nights per adult with included accomodation in hotel Holiday 4* (breakfast) and round airport trasnfer.

During your stay in Sarajevo we offer a large number of optional excursions. Some of them are:

The city that is commonly associated with the siege in the 1990s has plenty more to offer. Join us in a journey through the past where the guide will reveal the small and big secrets of this city and introduce you to the mysticism of Sarajevo streets and alleys. The tour will take you to the main sights of the Ottoman and Austro-Hungarian architecture and will show you a unique line where East meets West. Enjoy the scent of fresh made coffee, flavours from hookah, sound of church bells and call from the minarets. Learn about the assassination that triggered the First World War and discover why Sarajevo is called European Jerusalem.

This tour is a minimum of what you should know about one of the longest siege in modern human history. During the bus ride, the guide will explain the sites and buildings you see and who were important during the siege of Sarajevo 1992 - 1995. Find out how the war started, why the National Library of BH was destroyed, how many people died. While driving to the Tunnel Museum along the Sniper Alley, you’ll have the opportunity to hear the stories about the life in the time of darkness yet life full of hope. All this is just an introduction to the story about the importance of an 800 m long and only 1, 60 m high tunnel that connected the occupied and free Sarajevo territory. Upon arrival at the museum, you’ll pass through 20 m of the original tunnel and see the movie about the war in Sarajevo upon which the guide will explain the role of the tunnel during the siege, its construction, use method and will happily answer all your questions. On the way back to the town, let’s talk about Sarajevo and its future.

Islam You Didn't Know About Tour

The recent global events had unfortunately portrait the people of the Muslim faith in a very wrong image. Discover the true meaning of Islam, and the culture and history of tolerance and understanding and the respect Muslims were known for throughout history.

Sarajevo assassination is one of the three things that marked Sarajevo's history. Join us in a tour that will help you understand reasons for the beginning of WWI, the political climate in Europe before 1914 and how Sarajevo Assassination changed the course of world’s history. The guide will take you through the main sites of the Austro-Hungarian architecture, explain their influence on Bosnia and Herzegovina and talk about the impact that the Assassination had on the whole world. Find out what happened with the members of Young Bosnia and how Gavrilo Princip is perceived today.

Interested in the history, culture and food of the city? This is the tour for you! Meet our Julias in front of the Insider agency and embrace the spirit of Sarajevo in every possible way. Admire the symbol of the Austro-Hungarian rule, hear the story about the Spite House, go through two streets where you’ll learn more about different crafts which have existed in Sarajevo since 15th century. Discover the heart of the Ottoman rule – Sarajevo’s Bascarsija then drink water from Sebilj fountain and come back to Sarajevo again. What’s the difference between “burek” and all other pies? We’ll certainly answer that question. Pray in four big houses of God in Sarajevo and find out why people call it a “European Jerusalem”. Learn about the hospitality over a cup of Bosnian coffee and share the importance and the meaning of its drinking. See the line between two worlds – Eastern and Western. Finally, try “baklava”! Believe us; it’ll definitely make your day.

Have you heard about phenomenon of the “Valley of Bosnian Pyramids”? Are you maybe interested to explore if they are just simple “hoax”, or true evidence, that ancient civilisations have existed at present day European soil? If yes, then this day tour from Sarajevo is great way create your own opinion. The rest of the day will be extended with visit to beautiful Bijambare nature park and Bijambare caves, followed with relaxing, but amazingly beautiful region of Springs of River Bosna.

Visiting and exploring Mostar and Herzegovina 4 cities including Konjic, Jablanica, Počitelj and Blagaj as a day tour from Sarajevo is truly the best way to fulfil your Bosnian holiday. This UNESCO based tour is undoubtedly the best way to plunge into experiencing region of Herzegovina and its amazingly beautiful scenery, as well as understanding its fascinating cultural diversity and mind provoking history. Explore amazing old town of Konjic and learn about WW2 most famous battle at Jablanica. Later admire the Ottoman pearl of Herzegovina region, Počitelj citadel and understand mysticism at Buna Dervish House. After lunch, finally when the crowds are gone, in the afternoon spend at least two hours in Mostar and admire its Old Bridge and Old Town, before later afternoon return to Sarajevo. 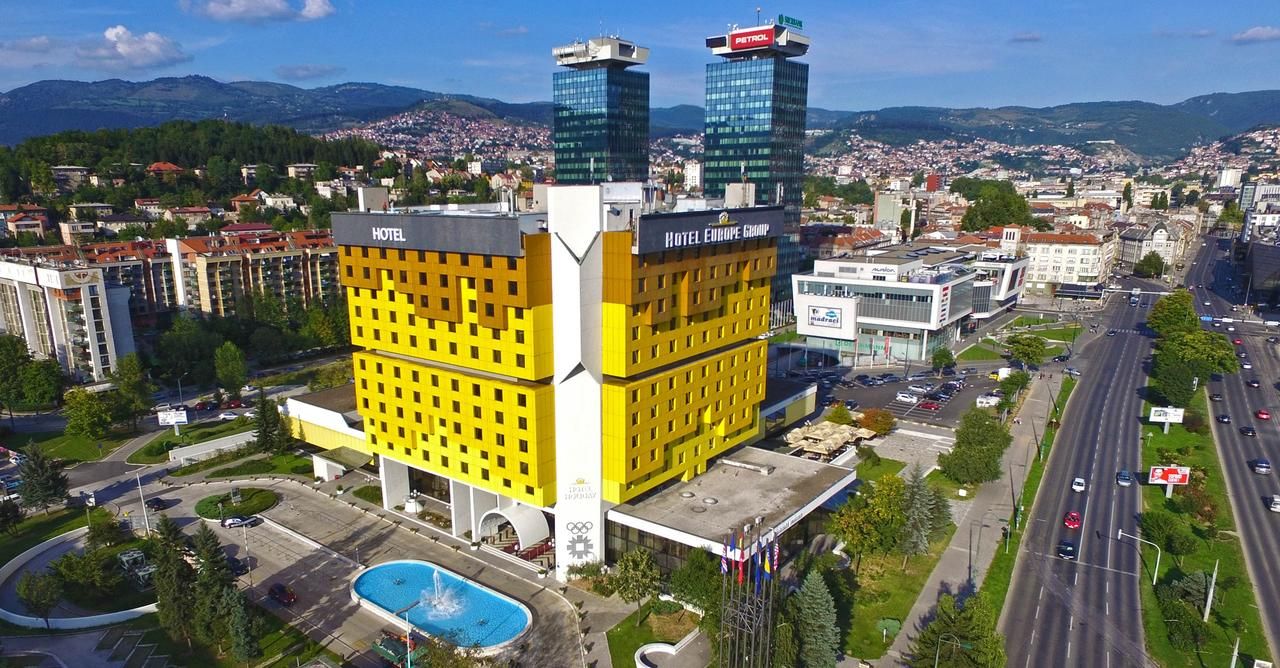 Located in the centre of Sarajevo, Hotel Holiday is a well-known hotel set just a 25-minute walk away from the famous Baščaršija district. Renovated in 2017, it offers an on-site restaurant and a casino, as well as a spa centre with saunas, pool, massage rooms, fitness centre, and beauty and hair salons. Free WiFi is provided throughout the property.

All rooms are air-conditioned come with satellite TV, a minibar and some offer a seating area. Each unit comes with a private bathroom fitted with a bath, and also providing a hair dryer and a bathrobe.

Its guests can enjoy traditional Bosnian cuisine and international specialities served in the National Restaurant. Room service is available 24 hours a day. The on-site Caffe Inn provides the guests with an opportunity to unwind during the day, or party in the evenings.